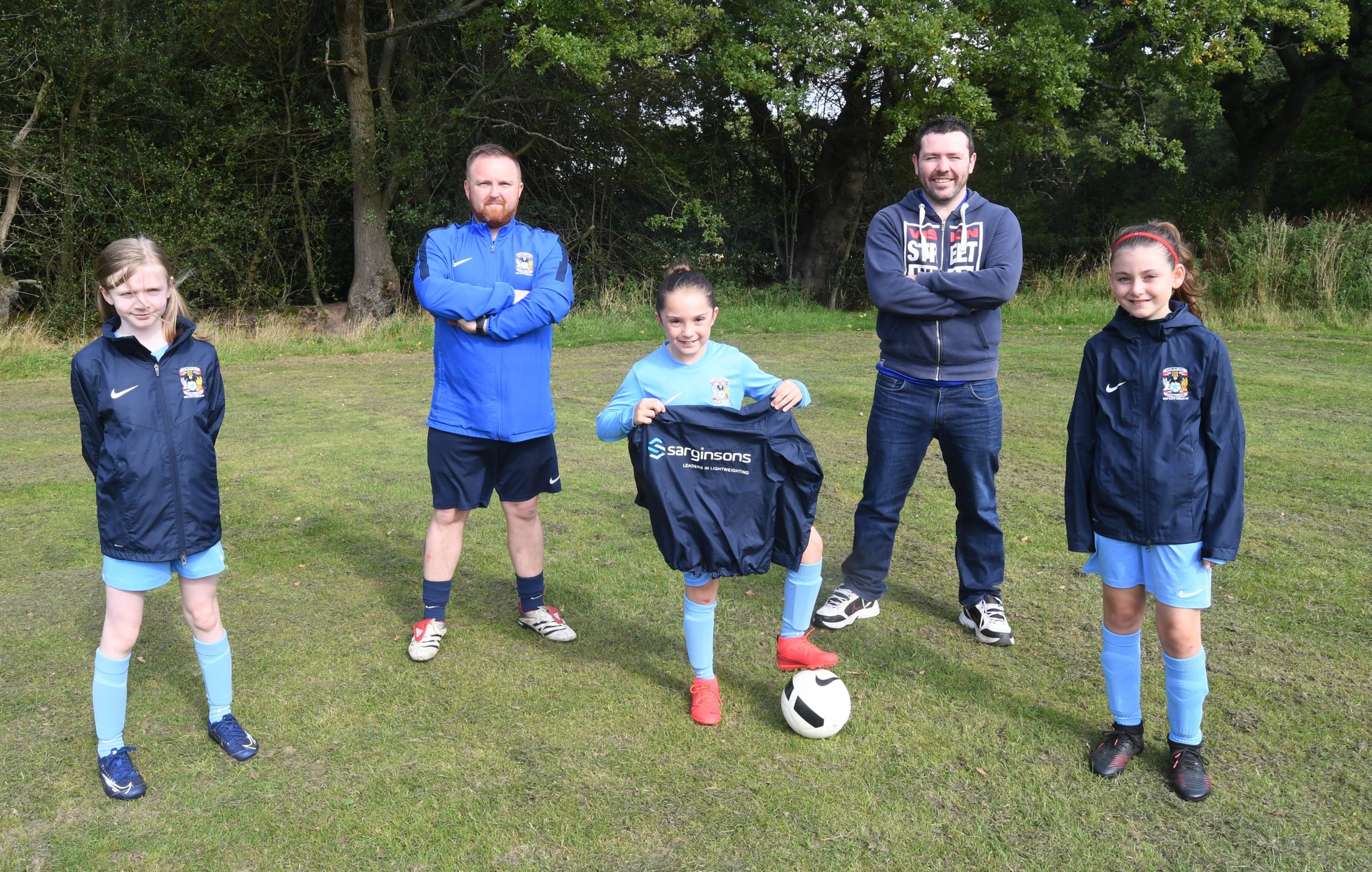 Coventry’s next generation of female footballers will have a professional look on the sidelines this season thanks to financial backing from a city manufacturing firm.

Coventry City Girls’ Under-10s team have secured themselves branded rain jackets for the forthcoming 2020/21 season in the Central Warwickshire League, thanks to a significant level of sponsorship by lightweight specialist firm Sarginsons, who are based on Torrington Avenue.

The Under-10s side – who are managed by Gavin Hughes and coached by Sarah Gilkes– play their home games at Coventry Sporting at Westwood Heath, and train at Bablake School once a week.

Gavin said: “Thanks to Sarginsons, our players can now turn up to training and matches looking like a professional sports team, which will only add to the confidence they have already built-up from winning a tournament last season.

“The club, as a whole, has 12 teams and is a not-for-profit organisation that is run purely by volunteers, so we rely on funding from companies such as Sarginsons to provide kit and equipment for the players, so we would like to thank them for this generous donation.”

In return for sponsoring Coventry City Girls’ Under-10s side, the Sarginsons logos will be displayed on the team’s rain jackets as they get their season underway in mid-September, as they compete with 15 other junior teams in the league.

Anthony Evans, managing director of Sarginsons, added: “We take great pride in supporting the community that we operate in, and when we heard from an employee that his daughter’s football team was seeking sponsorship, we were more than happy to help.

“On behalf of everyone at Sarginsons, I’d like to wish Coventry City Girls’ Under-10s side all the best for the season ahead.”